Training For A Marathon In 9 Weeks

It’s strange how quickly the mind forgets about pain. Just 3 months ago, I told my body if it could hang on until the finish line, it would never have to run another mile again.

Now, like a mosquito drawn to one of those electric zappers, I’ve somehow signed up for another race - this time a full marathon. 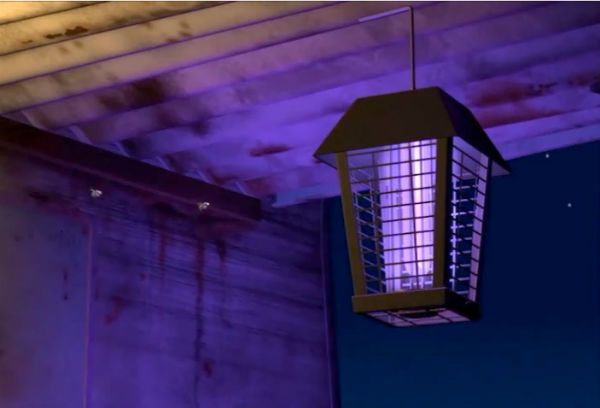 Photo from Disney’s A Bug’s Life

While the “full” is a (seemingly) logical next step from a half-marathon, my situation is slightly unconventional for a couple of reasons:

Could one adequately prepare for 26.2 miles in 9 weeks, given the above conditions? We’ll find out in a couple of weeks. In the meantime, I thought I’d share my experiences each week, in case it might prove useful to someone.

This year, my running has greatly improved. I’m able to run 3 miles comfortably now, and average 10 miles/week. On the days I don’t run, I lift weights and do CrossFit exercises at the gym. I’ve completed one 5k, one 10k, and one half-marathon.

After some research, I settled on an 18-week training plan by Hal Higdon - Novice 2.

The key to this program is the “long slow distance” (LSD) run each week. These ramp up from 8 to 20 miles, and are meant to be run 30-90 seconds per mile slower than your estimated race pace. They’re essential for training, since the runs build endurance and train the body to burn energy more efficiently.

For Novice 2, each week consists of:

To cut the 18 weeks into 9, I skipped the beginning/end weeks and focused on the middle bulk of the training. Below is my training log:

Yes, my mileage was woefully low.. And I paid for it dearly. Nonetheless, here’s a brief summary of how each week went.

Overconfident and eager to prove myself, I came out too fast on the LSD. The first 6mi felt ok. It fell terribly apart after. My pace, form, and motivation to move forward dropped dramatically until the end.

The short runs were great this week. I wish I could have said the same for the 12mi LSD. Before this run, I had never run with water or GU. It sounded like a good idea to fuel at the half-way point.

I took GU about 60 minutes into the LSD. It was then I realized there wasn’t a trash can in sight. As a result, I had to hold the sticky wrapper for a mile before spotting a doggy-poop station to deposit the trash.

Mile 10 hit me hard. I felt extremely dehydrated for some reason. I shuffled my feet home to rehydrate, and finished the last 2 miles in pain. Perhaps the sudden increase in distance was not a good idea.

* Lesson: Don’t wait too long to hydrate. Make note of nearby trash cans before you GU.

The plan this week was to hydrate earlier. Water at 30 minutes and GU at 60 minutes. The last 1.5mi were tough. Overall, the run felt pretty good. It was my best LSD yet. I secretly wished the marathon was next week so I could obliterate it. What’s another 13 miles, I told myself.

I began to notice a trend with the LSD’s. The final miles each week were really, really hard. I can see why many people advise not to increase your weekly mileage by more than 10 percent each week.

This week’s LSD was my first run over 2 hours. And the first time I ever hit a “wall”.

Essentially, hitting the wall is the point when your glycogen (stored energy) is depleted. Your legs turn to stone. Your pace slows to a crawl. Your body has nothing left in the tank.

This uncomfortable feeling happens because your body starts burning fat for energy - which causes pain, dizziness, and the urge to stop and cry.

I usually get a surge of energy and excitement when I’m near my home. Just another .75 miles, yes! Not this time. It felt like a bear jumped on my shoulders. The effort it took for each step was incredible, even though my stride length was less than person walking. All the willpower was sapped out of me.

I described my situation to a co-worker who does triathlons. His stance was when doing endurance events, you must force yourself to take in carbohydrates, electrolytes, and sugars at regular intervals, even if you aren’t hungry or thirsty. It takes time to process the fuel, so being proactive will allow the energy to be available when your body needs it.

* Lesson: Fueling properly is extremely important. If you wait for your body, it’s too late.

The 15mi LSD was the most painful one yet. Calves, arches, hip flexors, IT band, and a bunch of other leg muscles I never knew existed were on fire. Is this what child birth feels like? It was the first time I had serious doubts about finishing the marathon.

I stuck to the same plan of water at 30 minutes, GU at 60 minutes, and Powerade fuel at 90 minutes. Next week, I’ll try to GU every 45 minutes and see if it helps.

* Lesson: When in pain, relax and focus on a couple steps at a time.

Due to massive rainstorms and floods here in Colorado this week, I completed only two short runs. Extreme panic and uncertainty about the marathon has set in.

Traumatized by last week’s pain, I decided to add something different to my walk breaks: stretching. It’s an uncommon practice for runners to stop mid-run for them, but I have to say it helped tremendously. The LSD was much more bearable and I was able to hold my form and pace farther.

What also may have helped was fueling more often. This time, I GU’ed twice (45 and 90 minutes) and topped off with Powerade at 120 minutes. I was happy with the result, although I felt sluggish shortly after the second GU. Next week, I’ll decrease the time between subsequent GU shots (45 - 80 - 110) to see if it makes a difference.

Every once in a while, something amazingly unexpected happens. Your item rings up lower than listed at the register. You get an 88 on the final you thought you bombed. You make a gutshot straight draw on the river.

This week’s LSD was one of those moments for me.

Armed with 3 GU’s, a new headband, and a better strategy to hide my water bottles, I set out for 17 grueling miles. By the end, I eclipsed the distance and reached the magical distance of 20 miles.

This distance is important because for most runners, 20mi provides the right amount of physical and mental boost to finish a marathon. In fact, many experts believe training beyond it is not needed. It increases the chance of injury, takes a toll on your body (affects later training), and the LSD benefits you gain after 20mi diminishes greatly.

As for the run, it felt like everything finally clicked. I had a better feel of when to fuel, when to rest, and when to push myself. Fueling earlier and more frequently helped a lot. At 17mi, I imagined how cool it’d be to tell my friends afterwards “Yeah, I ran 20mi this morning”. There was no stopping me after.

* Lesson: Sometimes you’re running against the wind. And sometimes the wind is at your back. When the latter happens, ride and make the most of it.

With a 20mi run under my belt and two weeks left until race day, I started my taper. This involves scaling down mileage to allow the body to recover from all the hard work thus far. Most runners recommend a 20-25% decrease in total weekly volume. In my case, the decrease will be around 5-10% since I’ve been playing catch-up from the start.

Overall, the LSD was relaxing and slow. I did notice a recurring soreness in my calves and feet, which I firmly believe is a result of my shoes now. After signing up for the marathon, I purchased a new pair of minimalist “zero-drop” shoes (no height change from heel to toe).

Big mistake. This type of shoe encourages a more natural foot strike, but takes time and training to adjust to them. In retrospect, these were not ideal shoes for me to use for the race, given my time constraints and lack of marathon experience.

* Lesson: Zero-drop shoes are not for newbies. Give yourself time to adjust to them.

I had mixed emotions approaching my last week of training. Relieved to make it through the 9 weeks intact. Thrilled with the progress I made. Yet, sad it was over. A part of me had grown accustomed to the weekly LSDs and the challenges each week presented. What was I going to do with my Saturdays now?

There was no theme to the final LSD. Some sections were fast. Others were easy and day-dreamy. I even struggled a bit during the end. It was a nice combination of all the weeks of training.

Looking back, it was a transforming 9 weeks. I found a good fueling and pacing strategy. I ran more miles in a month than I did all last year. I even PR’d my 5k, 10k, AND half-marathon! In some ways, I’ve already won and will be happy no matter what the results of the marathon are. Only one week left, I can’t wait.

* Lesson: Life is truly, truly in the journey. Not the destination.