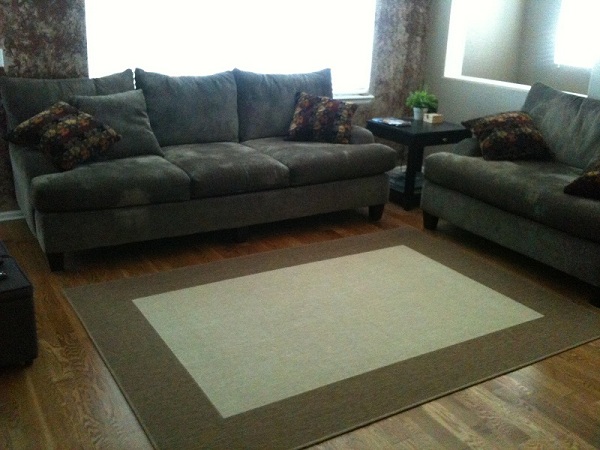 This is a picture of my living room. Notice the void in the middle of the room? It’s been like this for a while now.

I’ve been meaning to get a coffee table for utility and extra storage space, but I haven’t been able to decide on one. Each time I shop for one, I get overwhelmed by the number of options and wonder if I’m making the best selection.

Eventually, I give up and go home to think it over. Which really means do nothing.

I’ve noticed this “paralysis” happening more frequently within the last year. It was annoying at first, but as the unmade decisions piled up, it began to take a toll on my concentration and focus. Oftentimes, I would find my thoughts drifting to my “to-decide” list, throwing off my productivity.

Apparently, this is not a new phenomenon (thank goodness). Psychologist Barry Schwartz had an interesting TED talk called “The Paradox of Choice”, essentially saying more choices do not leave us happier, but instead more dissatisfied. The more choices we have, the more we fear making the wrong choice.

On top of it, the brain gets tired when forced to make decision after decision. This takes a toll on our willpower throughout the day. In the end, the “fatigue” catches up to us and we make bad decisions. Or worse, no decision at all!

So what can be done about it? Here are my ideas and plan going forward:

1. Simplify my life and possessions

This reduces the number of choices I have to make. Back when I had cable TV, I could flip through 100+ channels and still not be able to decide on one. Now that I’ve cut the cord, I don’t have to worry about if anything better is on TV. If nothing is good on the limited channels available, I’ll work on a project or go for a run instead. This applies to clothes, shoes, and other Stuff.

2. For most choices, one is as good as another

Instead of agonizing over whether to get a Sam Adams Octoberfest or Left Hand BlackJack, understand that both beers are probably delicious and there is no wrong choice. When I think about it, 90% of the choices I make each day have little meaningful difference from comparable options. Put the primary focus on must-have features, instead of nice-to-haves ones.

3. View each choice, good or bad, as a learning experience

Life is an adventure and not perfect. So why set expectations as anything else? If I travel somewhere and don’t like it, now I know. If it’s amazing, even better! Either way, it’s a lesson learned first-hand and a story to tell my friends. See decisions not as final choices, but as experiments.

4. Is it even going to matter?

Few choices we make are ever really important in the long run. Aside from decisions involving a house, career, who to marry, and investments, I can’t think of anything which really matters that much after 10 years. It definitely puts things in perspective when laboring over a “life-or-death” decision.

Thirty years from now, am I going to remember what type of bread I chose at the grocery store? I don’t think so.

Hopefully, these ideas will aid in my decision making and ultimately, simplify my life. And if not, well at least now I know.